I was working on a staged reading recently. Rehearsal time was limited, but it was just a brief excerpt of a larger work. The hope (expectation) of the creative team was that everyone would be off book for the final presentation. The end of our one rehearsal concluded with notes from the director, one of which went something like this, "I'm not going to name names, but some of you really haven't done enough preparation for this project. You guys are incredibly talented, but you need to go home and do your homework."

It's easy to imagine why this director addressed this issue in this fashion. He may have felt pressed for time. He may not have wanted to single anyone out. He may have just not really thought about it. But ultimately, I think it did more harm than good. 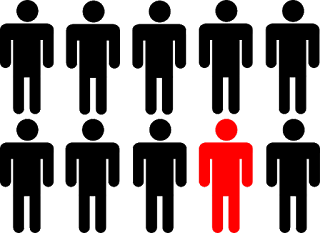 My initial response was one of confused shame. Did he mean me? I had been involved with this project in a previous iteration and while I was referring to my script due to changes that had been made late the night before I was not glued to it. I decided that he was not talking about me. I decided he was talking about two (possibly three) people out of our ten person ensemble. Certainly not the majority that you might infer from a group note like that. As I rode the elevator down with some other members of my cast (after a round of "Did you think I was unprepared?") the consensus that was reached was this: when you give a note like that, the offenders don't think it's for them and everyone else is already doing it.

The negative effects here are two fold. First, if his note was meant to apply to any of us who were in that elevator, it was not received. We all came to the conclusion that it was a note we should disregard. Any time an actor hears a note and thinks, "that must be meant for someone else," is dangerous. I think it sets a precedent for your future notes to be ignored and/or significantly watered down. Second, the scolding tone of the note created a negative emotional tone for the relationship. Of our 10 person cast, only one of the actors had worked with the director previously. For the rest of us, our first interaction with this person was being put on the defensive with regard to our professionalism in how we had prepared for this project.

My point is that this was not a group note. This was an individual note that happened to pertain to 2 or 3 people. If you're going to give a group note, it should be about information. (Any time you exit stage left, be sure to pull the curtain behind you.) If it's behavioral (Learns your lines. Pick up your cues. Etc.), it should be an individual note. Our strongest potential for change (which is what we're trying to do when we give notes), lies in our ability to make our relationships personal - our ability to say I see you specifically and what you're doing matters to me. It give the note immediacy, urgency and accountability. Giving personal notes, especially unpleasant ones like "you need to work harder" take more effort. But it reaps more rewards.

Thoughts? Questions? Comments? Post them below. The more the merrier.
Posted by Cotton Wright at 2:00 PM No comments: