Start At The Top

I recently had the pleasure of attending a talk back for Hamilton, the fantastic new show by Lin-Manuel Miranda that's currently playing at the Public. The show is sung (or rapped) straight through from beginning to end. During the talk back, someone asked if Lin had ever considered making the format of the show be more like a traditional musical, with scenes broken up by songs. Lin responded that they had tried that, but because the language in the songs was so heightened there didn't seem to be anyway for the scenes to maintain the momentum of the music. So, instead they opted to let the piece be sung through, to start at a high point and build from there. And, amazingly, this is exactly what watching the show feels like. The opening number feels like you've been shot out of a cannon and the story continues to escalate through the whole show. It's one of the few performances where I've been exhausted by the end, as an audience member, because I have been watching and listening so intensely from start to finish.

This strikes me as a terrifying, but fantastic way to operate. Throw out the best idea you have and continue to raise the stakes. Often my instinct when I have an idea I'm really excited about is to view it as the climax (figuring out how to appropriately scale everything back that comes before it) rather than the starting point. This approach makes a lot of logical sense. It's much easier to plot your course if you know where your going. Plus, if you start with your best idea right out of the gate, you're in the daunting position of having to meet or exceed it in your next scene/song/moment. But the value of an artist lies in being able to present something in a way that feels fresh and new and relevant, not repackaging the same old thing over and over again. Which means part of our job description is stepping out onto a limb and taking risks. 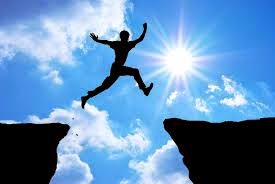 If you want to do big things, you have to think big thoughts. The way that we get to a point where we think in big thoughts, is by routinely stretching our brain (and our comfort level) to produce big thoughts. If you read any of James Altucher's work (and I highly recommend it) this echoes his concept of how you can grow your creativity and train yourself to become an idea machine - by continually pushing your brain to think that way.

It's not genius, it's training. Time to start doing the heavy lifting.

(I'm trying to write shorter posts, so it's easier for you to read and me to write. I can't make any promises, but I'm trying.)

Thoughts? Questions? Comments? Post them below. The more the merrier!

Posted by Cotton Wright at 12:37 PM No comments: