Better Angels Of Our Nature

Last week I saw a production of a new musical. It had a female director and a team of young writers, half of which were also female. I could not have been more disappointed. If you were to look purely at the main story arc, this show could have been written in 1950. As people who are creating and shaping cultural narratives, we need to take that responsibility seriously. One of the reasons I started directing was that I wanted to see women portrayed in a more three dimensional way on stage. I wanted to see more women represented on stage and I wanted to see them do something other than be a mother or a love interest. The world I experienced was much richer than the world I was continually seeing reflected back at me. In a previous post I talked about how theater can be valuable with regard to helping people their navigate emotional landscape in a healthier way. Another huge way that theater (and the other mediums for telling stories) can be hugely influential to the world around us is with regard to what they normalize. We've made tremendous progress since the 50's but that progress needs to be reflected in the stories we tell. One of the ways we can help move that progress along to an even greater degree is by shifting the narrative. Here are some things that this production could have done differently in order to be more interesting and serve as a better model for what normal could (should) be. 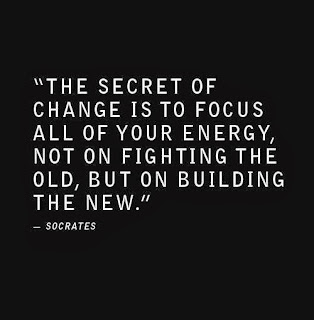 Women Shaming Women
Girl and boy break up. Girl is having a hard time getting over the break up and checks out boy's Facebook page. She sees him smiling in a photo with another girl. Girl responds by calling the other girl "a slut". I understand that girl is having an emotional outburst. I understand that her response is a laugh line. It's not necessary (what we need know is that he's moved on and she hasn't) and it's detrimental. Write a better joke. If anything she should be yelling at her ex-boyfriend for moving on. The new girl he's with is not at fault for anything. Women shaming other women - for the way that they dress, for how sexual they are or aren't - is something that just has to go. There's enough pressure from fashion and media around how a woman should look and behave. It shouldn't be reinforced in new works of theater. If her reaction has to go in that direction (and I maintain that it doesn't since it doesn't relate to her story line at all) I would rather that she called her "a bitch". At least that word does not carry the same shaming connotations.

Beta Female
The Girl does exactly what she's supposed to do and waits for her ship to come in. She bends over backward to please everyone around her. Finally, she lands a man. The Boy has been living the high life down on Wall St, but is fired after a corporate faux pas. He ultimately learns to follow his heart and do something meaningful. These characters are certainly still present in the modern world, but they are the low hanging fruit. They are the default, factory-setting positions for these characters. Unless there's something super unique about them or their worldview, it's really difficult to make them interesting. If, at the very least, you just switch the genders (making her a career driven alpha female and him a people pleasing artist) you're at least starting from a more interesting place. Additionally, the world needs more stories with powerful women and sensitive men. We are saturated with the reverse and it does not serve us as a society. We would do well do get to a point were a high powered executive is just as likely to be imagined female as male. Where the stay at home parent is just as likely to be portrayed male as female. If there are fewer societal stigmas separating genders, it allows everyone to find the lifestyle that best suits their skill set. Which in turn yields people who are happier and more fulfilled. Everybody wins!..But only if we shift the narrative around what's "normal".

Woman As Conquest
Boy is at a bar with some of his co-workers. His co-workers decide that he needs to "score" with a Girl and set about trying to help him "win" her. The co-workers know nothing about the Girl they think he should pursue. Boy also knows nothing about this Girl. (i.e. it's not a scenario where he's really gotten to know her and has just been too shy to ask her on a date). She has been seen and it is decided that she should be the evening's prize. Then follows a whole song and dance number about how to get her to go out with him. At the end of which she is cornered into engaging with him. This narrative (in addition to being about as boring as they come) in the larger context of our society is harmful for both genders. It reduces women to being viewed as objects and reduces a man's masculinity to his ability to "win" her. We would never believe a friendship or even a business partnership that was based on such a flimsy premise. We would expect the two parties to discover that they had something in common and something to gain from engaging with each other. But we would also expect both parties to opt in. You win the lottery, you win a game, you a court battle. You don't win another human being. With regard to this particular scene and song in the production, it felt like this resulted because the writers felt like they needed a song featuring the Boy's Friend. Which is completely valid. But in that case make it about how to appropriately and respectfully ask a girl out. Or how to put your best foot forward. Or how to build a relationship that lasts. Or any number of other relevant topics. There are numerous ways this concept could have been avoided and the effort needs to be made to do so. It's one that is overdue for extinction.

Consent
Boy and Girl meet at a bar. Which then progresses to a date - they leave the bar (and their friends) to go out for hot dogs. At the end of said date, he kisses her. Why not instead have her kiss him. That at least makes her an active partner in their courtship. Best of all would be before anyone kisses anyone (that they only just MET a few hours before), they say, "May I kiss you?" and wait for the response. The issue of consent is a huge cultural shift that is long overdue. This adjustment costs us nothing with regard to the story. It doesn't change the plot at all - what we need to understand is that they like each other, which we still get. It might add a line of dialogue, but it doesn't even have to be a stopping point. They don't have to have a whole conversation about consent. It's probably better for the overall flow of this piece if they don't. It's just a tiny blip that says "asking for someone's consent before you engage with their body is a normal thing to do." We need to allow the idea that characters can engage with each other as active and willing participants to be romantic. And steer clear of glamorizing the notion that it's somehow more meaningful if one character pushes themselves on another.

I don't think any of these examples were decisions that were made in an attempt to perpetuate these older, not-so-helpful narratives. I think they weren't decisions at all. I think they were defaults. The point is that if you are not conscious about what your work is saying, your work could be saying things that you wouldn't intend to say.

Be aware - it is the first part of the process. Think from your highest intelligence - there are so many other solutions that can be found once we recognize we're not going in the right direction. Take responsibility for what you create - the world is listening.

Thoughts? Questions? Comments? Post them below. The more, the merrier.
Posted by Cotton Wright at 1:00 PM No comments: